Now I have to declare an interest here – I have gone through many a customer experience with Rogers.  I am a long standing customer of this Canadian Cable, ISP, Wireless conglomerate. In all probability I will stay with Rogers (don’t tell them or you will ruin my negotiation strategy), not least because I cannot get satisfactory satellite reception from their major competitor (although they now have a new System transmitted through telephone wires which may well be an alternative).

Anyway that’s my interest fully declared. Now Rogers have an interesting system of recording discounts. They can only last for 12 months and then it is entirely the responsibility of the customer to renew or renegotiate. A month or two ago I did just that. I kept my requirements identical and simply roled over the 20% discount for another 12 months.

And this is where I made my first mistake, I assumed that as everything was the same as before my invoice would be the same too. Silly assumption, entirely my fault. (In case you miss the tone there is a hint of sarcasm here!)

So when my invoice arrived and I queried the increase, I was told it was because some of the costs had been prorated over the month end and everything would be back to “normal” the following month. Now I’m quite good with numbers, and I didn’t really follow their proration argument.

I was then given a definition of proration by the customer service agent (which I helpfully corrected because she was a little fuzzy on the detail). I then explained that I understood what proration was, but did not understand how Rogers were applying it in these particular circumstances. 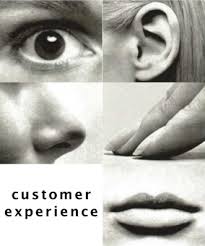 Now I was confused, my customer experience was going from bad to worse,  so I asked three or four questions more:

I was told by the customer service representative that my bill was correct, notwithstanding the logic of the previous questions.

I gave up with this particular person, and asked to speak to someone else. In the end I got through to someone in the (so-called) Office of the President, who agreed with my logic, and promised to sort out the issue.

Was this a positive end to my customer experience?

Well. three months later the issue is unresolved. Every month my bill is increased and subsequently rebated after a call from me. I have suggested that Rogers put me on the pay roll as I seem to be the only one checking billing, but so far they have demurred!

Now in many ways Rogers is a great company, but their customer experience and billing systems have long been woeful. They desperately need to look at things from their customers’ perspective rather than from their own internal view. Otherwise they will lose customers to an increasingly large number of competitors.

I wonder whether they have ever mapped out the actual customer experience and compared it with the ideal. That would be a good place to start. Here’s a good article to get you thinking.