Understanding Organisational Culture and measuring its perception is a vital skill within a company. If Employee Perception equals their reality, shouldn’t you check it out? 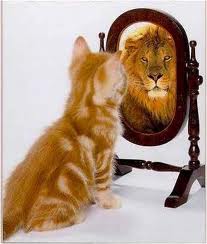 A CEO could see the organisational culture of a business as entrepreneurial and agile, while a middle manager could see the same business as bureaucratic and slow. An HR person could pride himself on great internal communication, while a salesman on the road might wonder what is going on back in the office.

All these perceptions are real to the beholder. To understand the differences is the first step to actually getting everyone on the same page, rather than just imagining they are.

Even if everybody on your company shares the same objective, (and believe me that’s an enormous “if”!), then their route to meet the “agreed” objective will be different because their perception of the start point is different.

Let me give you a real example. A CEO believed that his only real issue in the business was “speed to market”. He geared up systems and processes to streamline everything, but still the company was not gaining any competitive advantage. We looked a little deeper and found that his views were underpinned by the perception that the corporate strategy was understood by all. After all there had been an engagement process to solicit everyone’s views. The CEO’s perception was clear, but he had not given much thought to testing or measuring perception of others.

We looked at a number of different perceptions of facets of organisational culture in the company. When we checked views on the strategic leadership of the company, the majority of the CEOs direct reports were positive, while more junior managers were skeptical to say the least. As a result of this skepticism, there was no real urgency behind implementation. No-one really believed there was any direction.

In this case the solution was easy; all that was required was better communication between senior and middle management.Without measuring perception at different levels we would not have found out this root cause to slow speed to market.

Don’t you owe it to yourself and to your company to find out whether your perceptions of your company’s organisational culture are shared by others?