Intuitive Leaps. I tried so hard NOT to write about Leap Year 2016. But I failed! My mind turned to intuitive leaps and their value in business. We are often told that we should use evidence-based decision-making. But to be dogmatic about that, disavows the value of intuitive leaps.In reality, we all use different approaches when making decisions. They range from the highly analytical and algorithmic to the ad hoc and intuitive. 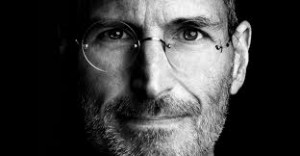 Steve Jobs is often cited as one of the most successful businessmen who relied on intuitive leaps to create, recreate and recreate again his Apple business.To quote from Richard MacManus: “You can see that intuitive sense in Jobs’ incredible ability to foresee – and then design – what users will want next. The iPhone is a great example. The following passage from the book, from 2005 when Apple was looking for the next big thing after the iPod, illustrates how Jobs kept one step ahead of the market. In this case, by thinking about what could eventually usurp the market leading iPod”

Jobs clearly believed in the importance of intuitive leaps.He said as much.

So here’s the thing. To be make intuitive leaps, do we somehow need to unlearn rational thought and move towards experiential wisdom. Even if that is the secret to intuition can we actually unlearn a way of thinking that has formed our western societies for hundreds if not thousands of years?

For me there are three keys to making one of those intuitive leaps.

Personally, I think that in many senses “intuitive leaps” are a learned skill. Its certainly an attribute which can be improved with practice. There’s nothing mystic or supernatural about our great intuitive businessmen. We all have the capability to make intuitive leaps, we just don’t all have the confidence.

And that is my thought for February 29th!!